After 2 really great days in Yosemite National Park, our tour through California continued back to california’s Pacific coast. The 300 km long stretch from Mariposa to Monterey (approx. 3.5 hours drive) is not very exciting.

Things to know about Monterey

The city of Monterey is located on the southern edge of Monterey Bay and is about 190 kilometers south of San Francisco and about 500 kilometers north of Los Angeles. The small town has a population of about 28,000.

Since the famous Highway No. 1 pass Monterey, Monterey has been and is a popular destination for visitors around the world. The first settlers of Monterey were Indians. In 1602, a Spanish explorer came to the bay, who named it after the Viceroy of New Spain, Count of Monte Ray. In 1770, the Presidio Military Base and a royal mission were established. Six years later, Monterey was named the capital of Alta California and Baja California, and was briefly named the capital of California. In 1848, California, and thus Monterey, became part of the United States.

The main attractions in Monterey are Cannery Row, Old Fisherman’s Wharf, Monterey Bay Aquarium and 17-Mile Drive. Shortly before Monterey we made a detour to the Gilroy Premium Outlets 🙂 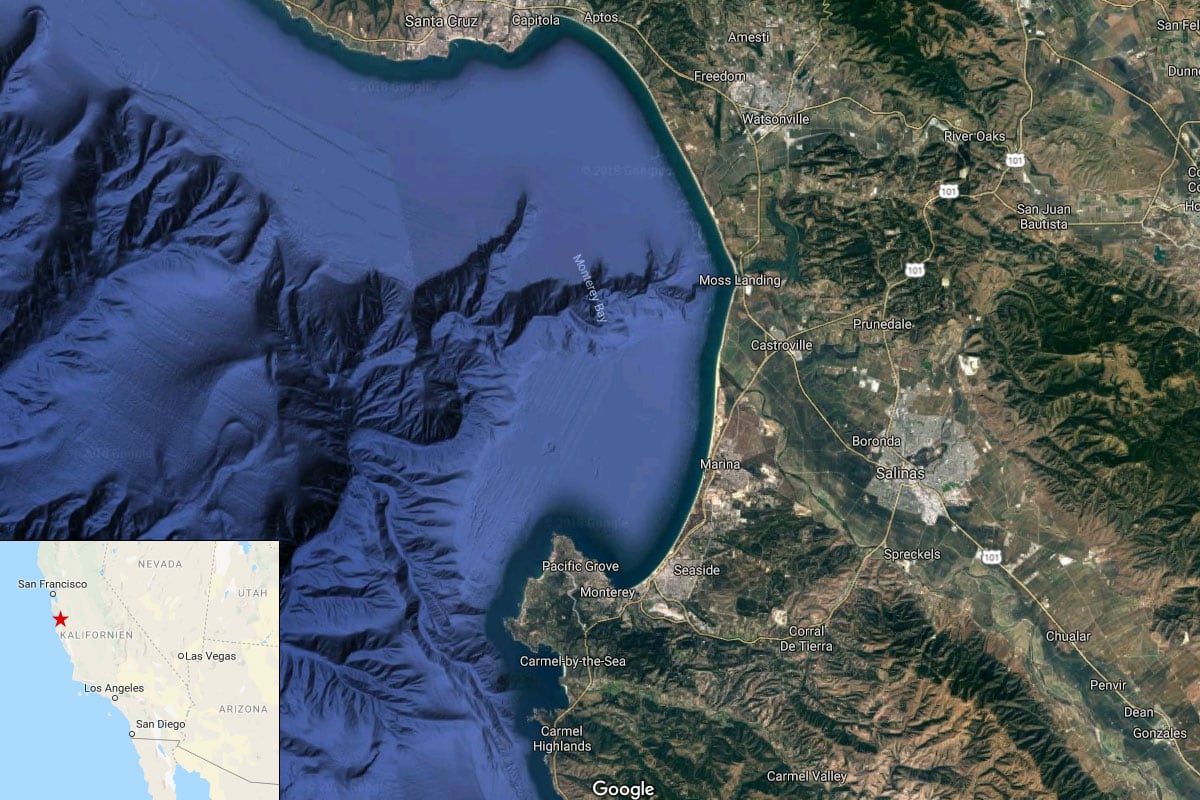 The Bay of Monterey in Google

We paid 57 euros per night for our room, had a small breakfast with us and were able to park for free. You really can’t complain about that. The Del Monte Shopping Center with many shops and restaurants is located directly opposite the hotel. 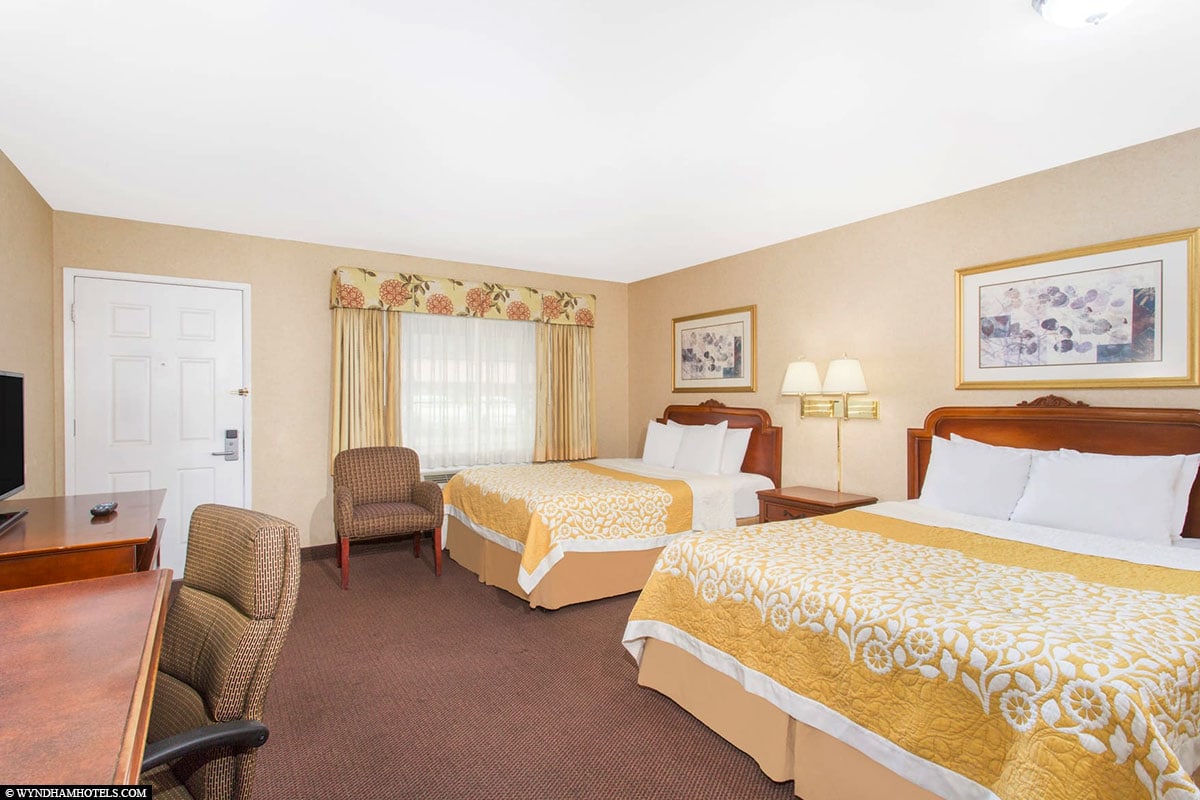 The Old Fisherman’s Wharf in Monterey

Old Fisherman’s Wharf is a historic shipyard built in 1870 for loading and unloading people and goods and used as a wholesale fish market. When the large sardine population in Monterey Bay collapsed after World War II, Fisherman’s Wharf shifted its focus to the tourism industry. Over time, it developed into a tourist attraction. Today, Old Fisherman’s Wharf is almost exclusively accessible to pedestrians and offers many restaurants, confectionery shops and souvenir shops. Most people probably come here to do one of the well-known Whale Watching Tours – just like us 🙂

Our tour with “Discovery Whale Watch”

One of the top attractions in Monterey is certainly a Whale Watching Tour. California, and Monterey Bay in particular, is one of the few places in the world where you can see whales all year round. While in many other areas you have to go by boat far away from the shore for whale watching, whales along the coast of Monterey can sometimes be seen with the naked eye off the coast. The Monterey Submarine Canyon offers a perfect habitat for many whale species, so they can come very close to the coast to eat.

Of course, we didn’t want to miss this, so we decided on a Whale Watching Tour with Discovery Whale Watch, whose office is located in Old Fisherman’s Wharf. Tickets can be purchased online on your own website. In summer/autumn, whale watching tours in the morning cost USD 51 per person; the afternoon tours are slightly cheaper. The tours last about 3.5 to 4 hours. Basically, whale watching is consistently good throughout the day, but the conditions in the morning are usually more favorable.

At 9 a.m. in the morning, the meeting point was in the office of “Discovery Whale Watch” at Old Fisherman’s Wharf. Until all the guests arrived, we could warm up with warm coffee and cocoa. But it didn’t take long for it to start. On board we got a small safety briefing and drove slowly out of the harbour. On the left, the first sea lions were already on the rocks of the quay wall and told us ‘Hello’.

The Monterey Bay National Marine Sanctuary, where we are located, is a state-protected marine area and is the largest national marine reserve in the United States with a coastline of 444 kilometers. It is designed to protect one of the most diverse marine ecosystems in the world and provides a home for countless mammals, seabirds, fish and plants.

We went out by boat for a few minutes to look out for whales. By the way, a member of staff told us a little something about Monterey Bay as well as about the whales that occur in it and was available for our questions. In the meantime, we have repeatedly left our position, driven a few hundred meters further, perhaps to turn around again, because another boat has spotted whales. The crew tried very hard to make whale watching as successful as possible for the guests, which also worked 🙂 Again and again we have seen the fountains of the humpback whales in the distance. But unfortunately we were not lucky that we could see the whales up close. We estimate that they were more than 100 meters away from the boat when they were sighted.

The air at sea was already very cool. But since the sun was only shining around the bet, you could always warm up beautifully in the sun. On the way back to the harbour we saw a few more dolphins. What a great finish! 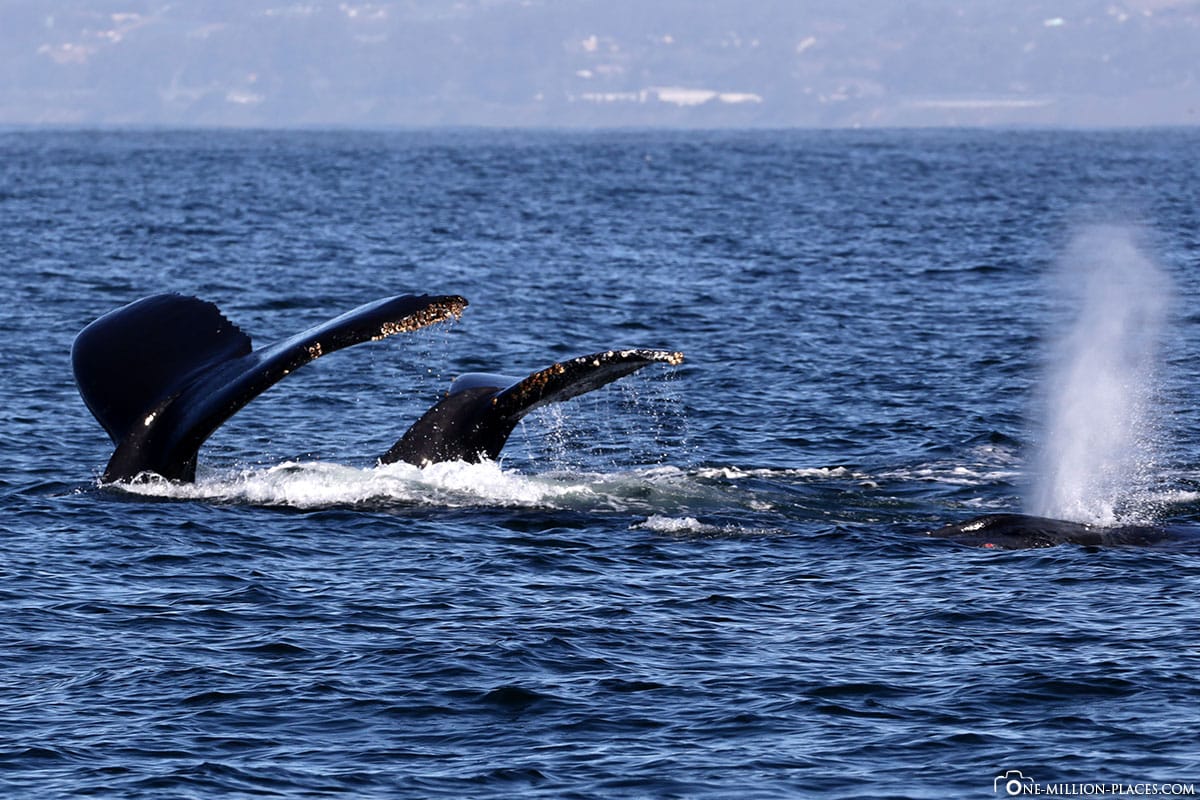