A new World Trade Center, known as Ground Zero, was built on the site in 2006, consisting of six skyscrapers, an underground shopping mall and the National September 11 Memorial and Museum.

The location of the World Trade Center

The World Trade Center, now officially known as the 7 World Trade Center, is located on the southwest tip of Manhatten in the Financial District, the center of New York City’s financial world. The site is best known for the world-famous twin towers that collapsed as a result of the terrorist attacks on September 11, 2001.

The One World Trade Center

Completed on May 10, 2013, the One World Trade Center is the tallest building in the Western Hemisphere and the sixth-highest in the world, with a symbolic height of 541.3 meters. 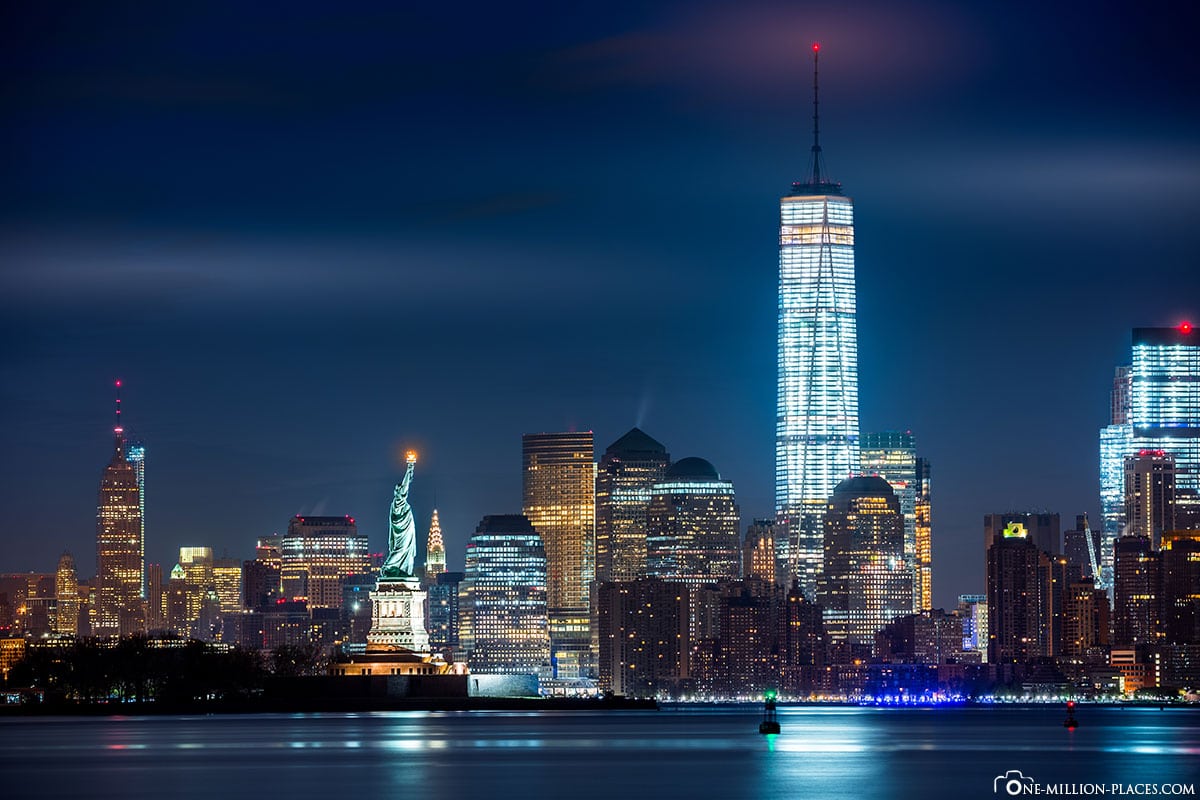 The skyline with the One World Trade Center

The highlight of the huge World Trade Center transport hub is the station’s main hall, known as the Oculus,which opened on March 3, 2016. The white glass and steel structure with its two widely outstanding roofs is said to resemble a bird (phoenix or eagle) that will take off immediately. In the light-flooded station hall there are many shops and boutiques that invite you to stroll. At both ends of the hall there is an observation deck, from which we had a beautiful view into the hall.

On the site of the former twin towers of New York’s World Trade Center is now the 9/11 Memorial,which commemorates the victims of the terrorist attacks of September 11, 2001 and the 1993 world trade center bombing. Exactly where the twin towers used to stand, there are now two large basinsin whose copper border the names of the 2,983 people who lost their lives in the terrorist attacks of 1993 and 2001 have been engraved. In the basins, the water falls 9 meters deep into a basement– making it the largest man-made waterfalls in the United States. Together with the park grounds around them, they form the National 9/11 Memorial.

The 9/11 Memorial Museum is located right on Ground Zero. The museum shows many pieces of debris from the former Twin Towers and personal belongings of the buried and first responders. A large part of the museum is thus dedicated to the victims of the attack, in particular the space of the 2,983 paintings. On May 15, 2014, the museum was inaugurated in the presence of President Barack Obama and opened daily to the public since May 21, 2014. Entrance fee is $24.

We visited another small memorial in St. Paul’s Chapel.

The One World Observatory observation deck

The highest viewing platform in New York is the One World Observatorysince 2014. It is located at an altitude of 380 meters in the 541 meter high One World Trade Center. From the observation deck you have a magnificent 360-degree view of all parts of New York City: Manhattan, Bronx, Brooklyn, Queens, Staten Island and also New Jersey.

The lifts to the viewing platform cover the 102 floors in just 47 seconds. During the journey up, pictures and scenes from many decades of the city are shown on the side walls of the elevators and made multimedia experienceable. Admission ranges from $38 (standard ticket at set times) to $58 (all-inclusive ticket with flexible admission on the selected day).