After 2 really great days in Yellowstone National Park, the city of Denver in the state of Colorado was today the last stop on our tour through the west of the USA. Behind us was a distance of more than 3,000 kilometers through 6 US states (California, Nevada, Arizona, Utah, Wyoming and Colorado).

The road from Yellowstone National Park to Denver

From the eastern exit of Yellowstone National Park (N Fork Highway) we drove the long way(almost 1000 kilometers) towards Denver.

On the way is the small village of Cody, where you can see the Buffalo Bill Statue. Otherwise, Interstate 25 is quite boring and bleak… In the early evening we arrived in Denver and had booked a cheap hotel right on the interstate.

A quick tour of Denver

Denver is the capital of the U.S. state of Colorado and has a population of about 600,000. The city at the eastern foot of the Rocky Mountains is a mile above sea level and is therefore also known as the Mile High City. 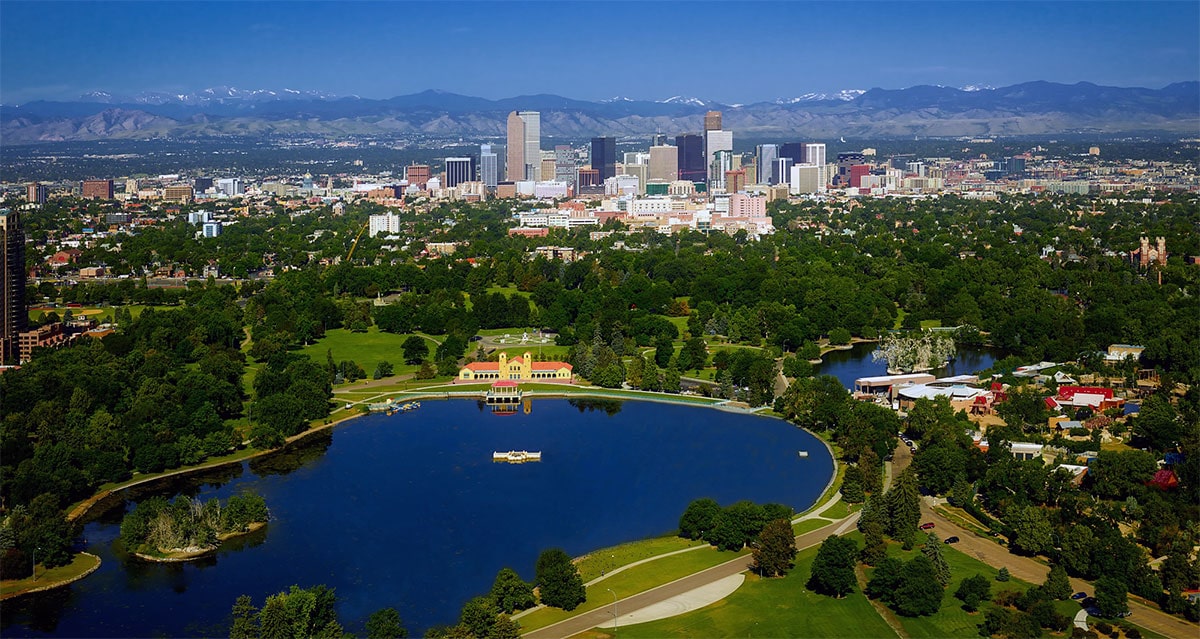 The city of Denver, Colorado

Today we had time to explore the city a little before tomorrow morning at 8.20 am our flight to the East Coast to New York. We looked a little bit at downtown, the Daniels & Fisher Tower, the (equipped) Colorado State Capitol and the Coutry Building.

A visit to the zoo

In the afternoon we were at the Denver Zoo, which is located in the middle of city park. Founded in 1896, the zoo is one of the top ten zoos in America and has a lot to offer. It is home to more than 4,000 animals from all over the world.

Denver has several Starbucks stores and also its own cup 🙂