The National Park is only about 1 1/2 hours from Zion National Park and can be reached in just over an hour by car (Google Maps). We had spent the night at Bryce View Lodge, so we had the opportunity to explore the national park early in the morning. Luckily we caught really good weather. It is fresh but sunny and a bright blue sky. We were very excited about what to expect, because the national park itself advertises on its homepage with the slogan “There is no place like Bryce Canyon”.

Bryce Canyon National Park is located at an altitude of 2400 to 2700 meters and is located in the southwest of the U.S. state of Utah. The national park was declared a National Monument in 1924 and a National Park in 1928. Today, well over one million visitors visit the park every year. Bryce Canyon was not formed by a river. It is not a canyon in the true sense of the word, such as the Grand Canyon. Wind, water and ice eroded the edge of the plateau into large amphitheatres with bizarre rock pinnacle, so-called hoodoos. These rock needles reach a height of up to 60 meters. Bryce Canyon National Park is considered the region in the world with the most hoodoos in the tightest of spaces. The amphitheatres thus created extend over a length of more than 30 km. The largest amphitheatre is called Bryce Canyon. It is almost 5 km wide, 19 km long and falls over 240 meters opposite the plateau. [Source: wikipedia.de] 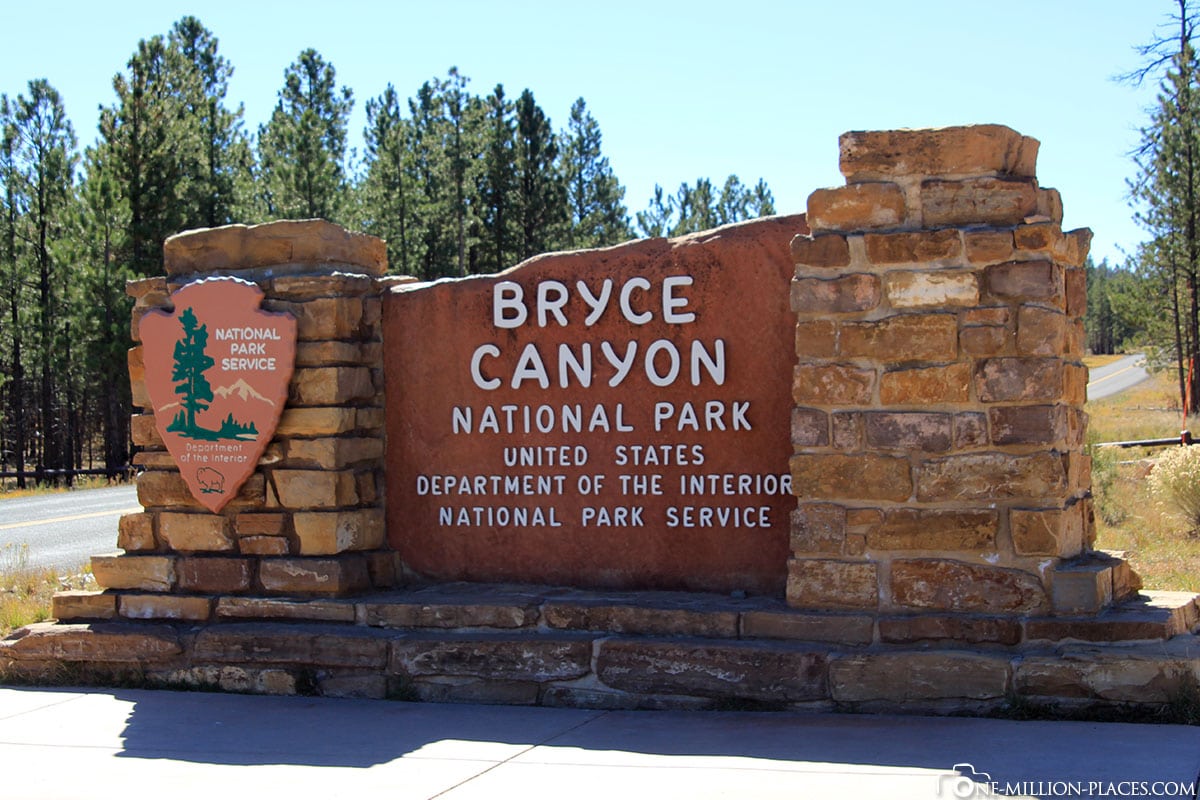 The entrance to the National Park

Our first port of call was Sunrise Point, from which you have a great view of the canyon below. And here you can also see the multitude of bright orange hoodoos (rock needles) for which the park is so famous.

Hike along the Navajo Loop

From Sunset Point we walked along the approximately 2 km long Navajo Loop. This leads through the middle of the different sized rock needles, which always offer great photo motifs. It is hard to imagine that you are here at about 2,500 meters above sea level.

Wall Street in the Canyon

The notorious Wall Street is one of the most famous rock formations in Bryce Canyon. It is a section of The Bryce Amphitheatre, characterized by towering cliffs and hoodoos.

After many photo stops we walked back to the starting point and looked at some other viewpoints, like Inspiration Point or Bryce Point.